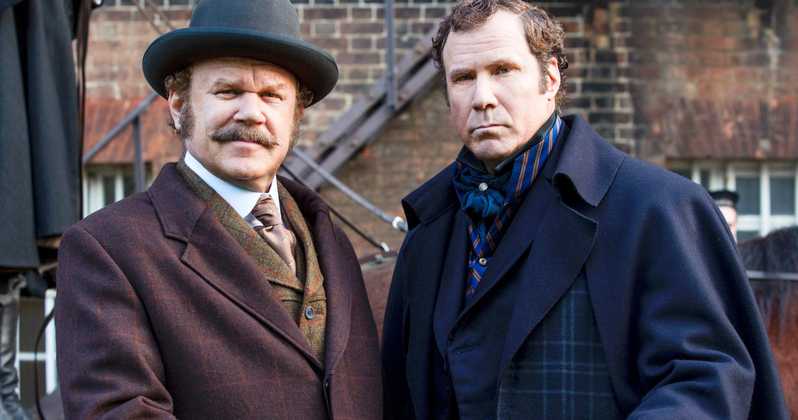 An image showing John C. Reilly playing Watson, and Will Ferrell playing Holmes in the new movie Holmes and Watson, coming out in December of 2018.

They’re back for a little mystery.

After starring together in the 2008 comedy film, “Step Brothers,” actors Will Ferrell and John C. Reily return as a dynamic duo.

Loosely based on the stories of Arthur Conan Doyle, “Holmes and Watson” is an upcoming mystery/adventure comedy that will be released in theaters on Dec. 21.

When Detective Sherlock Holmes, played by Ferrell, and Dr. John Watson, played by Reilly, are invited to Queen Victoria’s palace, they discover Professor Moriarty’s evil plot to assassinate the queen. The Queen hires the detectives to investigate the case.

Beloved by many fans, Holmes and Watson embark on a hilarious adventure. The trailer previews a handful of their shenanigans, including a scene where Sherlock unleashes a colony of killer bees from a protective glass case with a calculated bat hit.