As Southern California experiences one of the longest and deadliest heat waves in the state’s history, students are learning to cope with sweltering temperatures. 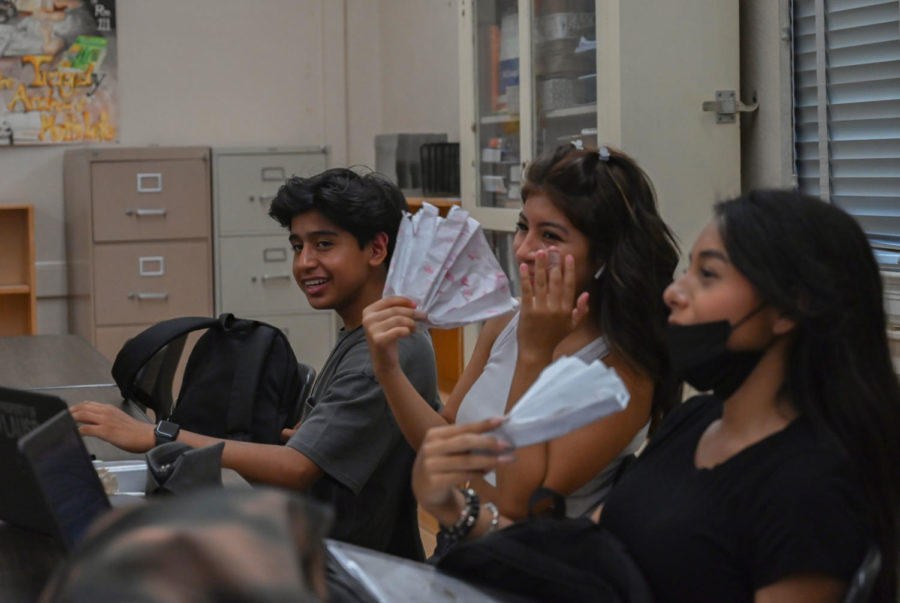 By Baron Kim and Cristian Mejia

California, along with other red-hot states like Florida and Texas, is currently experiencing record-breaking temperatures. Van Nuys is inching closer and closer to the all-time record high of 118 F; the highest temperature so far has been 112 F on Aug. 31 and 110 F on Sept. 4. Temperatures have broken 100 F for nine of the past 10 days. September is generally the hottest month in Los Angeles.

Not only does the heat wave interfere with critical infrastructures, but it has been reported to also interfere with students’ ability to learn in the classroom by affecting their emotional health.

“It made me mad because we had club rush was canceled and many other events as well.” a disgruntled Devin Brown stated.

According to a recent study from Harvard, students scored lower on exams when they underwent a hot school year compared to a relatively cool school year.

Students are relying on time-tested methods to survive the heat.

“I’ve been drinking a lot of water and staying in cool places, and the shade.” freshman Jamie Huh said.

Other than staying in air-conditioned and cool areas, the CDC recommends drinking plenty of fluids, checking in on friends and family, and checking local news in order to lower the risk of heat stroke and severe dehydration.

“I’ve been staying home and not leaving unless I need to.” said sophomore Anthony Sanchez, explaining how he has been cooling down lately.

Temperatures are expected to drop this weekend due to tropical storm Kay passing by California. It is likely that this storm will cause heavy rainfall, ending the searing heat wave.