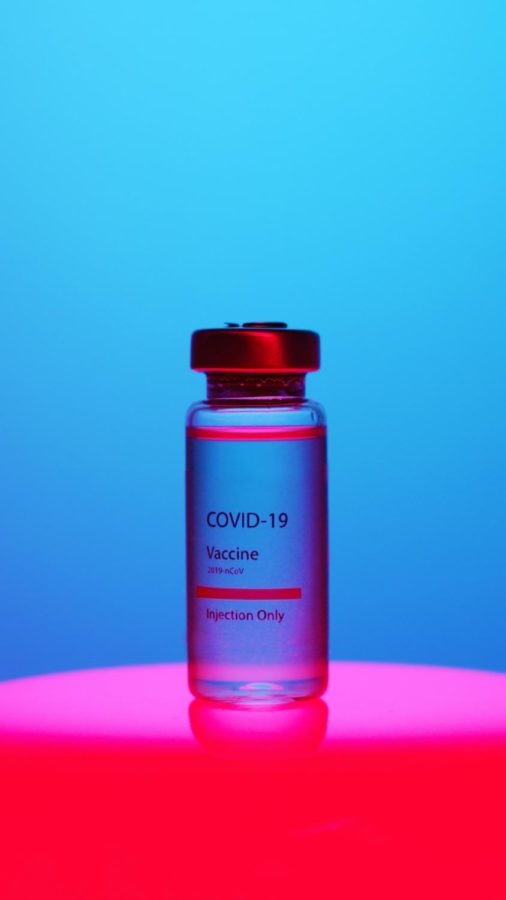 Senate bill 866 builds on existing law, which currently allows minors 12 and over to make choices about their bodies around healthcare.

By Angelina Gevorgyan and Angelica Venturina

Plodding down the hallway from her bedroom, she could only hear the loud thumping of her heartbeat. With a deep breath, she lowered her head, took a step forward and entered the living room, where her mother was washing dishes in the small kitchen.

When she met her mother’s gaze from where she was standing, she immediately looked back down at the floor. The thumping of her heartbeat seemed to be getting only louder in her ears. Clutching the hem of her shirt, she muttered her next words.

“Mom, I was wondering if you could take me to get the vaccine this week.”

Her mother clicked her tongue and shook her head disapprovingly.

“You’re asking again? I told you already, the answer is no.”

A suffocating quietness filled the room, except for the sound of the faucet handle turning off and her mother wiping her hands down with a towel.

“I’m telling your father to not take you, so don’t bother asking him either.”

Unable to say anything else, she could only stand there in silence. She could only wait for another opportunity to ask to get vaccinated, only to be shot down like she always did.

That was one of the many times junior Sofia Kiremijian had asked her mother permission to get vaccinated in May of 2021. As she became more desperate, she went from asking, to relentless pleading, to weeping. Yet that didn’t make her mother any less opposed to the idea.

While some teens with anti-vaxx parents might be choosing to stay unvaccinated, there are also teens like Kiremijian who aren’t. Like many kids with anti-vax parents, Kiremijian was denied the choice of receiving the covid-19 vaccine and, despite how much she begged and cried, her parents outright refused to give her consent to get it.

The introduction of Senate Bill 866 would do exactly what Kiremijian wanted for herself and many other kids with anti-vax parents — the option to get vaccinated without parental permission.

SB 866, introduced on Jan. 20, is a bill written by California State Senator Scott Wiener that would allow minors 12 and older to get any vaccine approved by the United States Food and Drug Administration (FDA) and the Advisory Committee on Immunization Practices, without requiring their parent or guardian’s consent or knowledge. It extends to not only the covid-19 vaccine, but other vaccines like the Human Papillomavirus (HPV) vaccine, the Hepatitis B vaccine and the measles vaccine.

The bill builds upon existing California law, which gives minors 12 and older access to a variety of reproductive healthcare including abortions, birth control and medical diagnosis and treatment for sexually transmitted diseases and drug and alcohol-related disorders.

If the bill is passed by both the Senate and Assembly, then signed by Gov. Gavin Newsom, it could go into effect starting Jan. 1, 2023.

Kiremijian hopes this bill passes. After months of failed attempts to persuade her parents to get her vaccinated, she is fed up.

“At the age of 12 and older, you should be allowed to make decisions about your own body,” Kiremijian said. “Parents don’t own their kids. Making medical decisions for them is crazy in my opinion because it’s your body, your choice.”

Junior Leeza Dangazyan also agrees with the notion that parents shouldn’t be in control of every aspect of their child’s health. To her, the bill is a way for kids to finally make their own medical choices without having to deal with the intervention of their parents.

“The bill definitely gives younger people more autonomy over themselves and their healthcare, and I think by age 12, people are capable of making that choice,” Dangazyan said.

Bella Kepler, a parent of a student who is currently a junior, is opposed to such a law

“I feel that this bill should increase the age of the child that is making the decision of getting vaccinated because 12 is too young of an age to make such a decision,” she said. “If the minimum age was higher then it would make more sense.”

According to her, parents should have every right to decide whether or not their child should get the vaccine.

“It is up to the parents whether or not they get their child vaccinated, since the health of the child is in the hands of their parents,” Kepler said. “Their choices should be respected by schools.”

On the other hand, junior Marcela Aguirre Aguilar disagrees with the idea that the bill is silencing parents, and feels that parents shouldn’t be enforcing their opinions on their children about the vaccine in the first place.

“Parents are pushing their agenda onto their kids instead of letting them think themselves,” Aguirre said. “By allowing kids to get vaccinated without parental permission, we as a community can get a step closer to normality.”

Junior Rayana Yasin, who is pro-vax and got the vaccine on her own accord, thinks that parents who are wary of the bill should first discuss the vaccine with their child and take their perspective into consideration before completely barring them from getting it.

“Even if the parents’ intentions are to look out for their child’s well-being, they should still consider what would make their children feel safer,” Yasin said. “The vaccine is a way to keep their children safe. Even though parents do play a role for children that can’t make decisions for themselves, I think they should talk to their children about what their opinion is for the vaccine.”

Despite the fact that she is in favor of the bill, as it gives teenagers a voice, she doesn’t want parents’ feelings to simply be set aside either.

“Parents’ opinions should not be dismissed,” she said. “Their decision really counts.”

In the past, potential vaccine laws have incited intense protests in Sacramento, like in 2019 when demonstrators stormed the Capitol against a bill to get rid of exemptions for childhood vaccinations. In January, following the announcement of SB 866, an anti-vax protester threw a menstrual cup full of blood at lawmakers.

Ani Chaglosian, who has worked with Wiener’s office to advocate for the bill, has received numerous hate messages on Instagram, as well as death threats after being interviewed for a Los Angeles Times article about the bill and her support for it.

Miscommunication and misinformation about the covid-19 vaccine and anti-vax hostility are the cause of such responses, according to Chaglosian.

“Anti-vax parents don’t think it’s just us wanting to get vaccines, they think it’s us trying to take away power from them and their kids to give to the state,” she said. “What they don’t realize is that power is not being taken away from them or from their kids, and the power is not going to the state. The power is simply going to the child, a power that should already exist.”