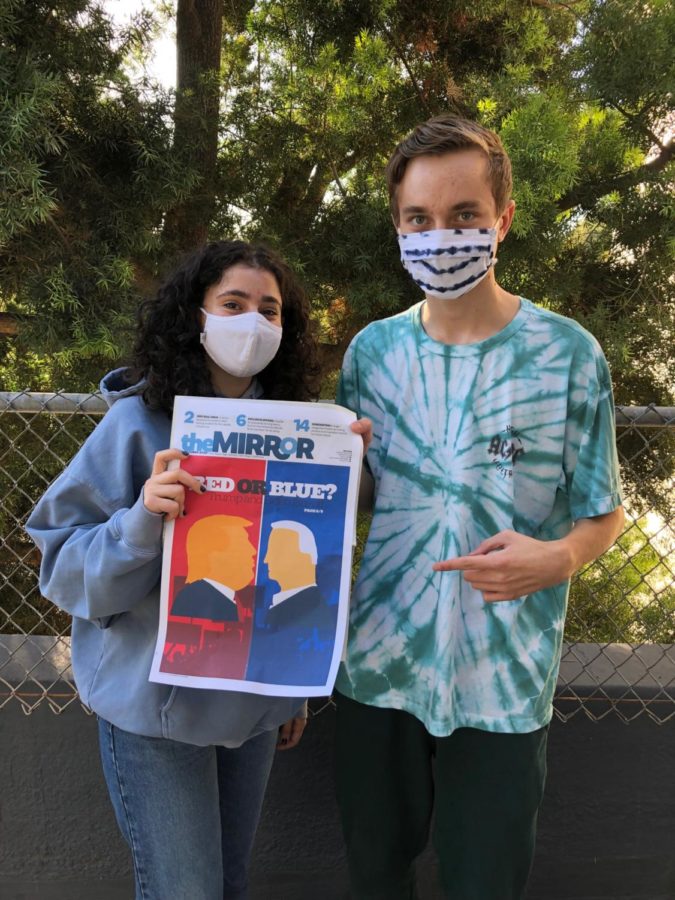 The Mirror has been named the top high school newspaper by the Los Angeles Press Club (LAPC) during its annual SoCal Journalism Awards on Saturday, receiving first place in the Best High School Newspaper and Best Feature Photo categories.

The layout for the four awarding-winning issues is “tight, colorful and fun, and the graphics and photography are well-placed” according to judges.

“I’m so happy all our hard work last year paid off,” Tutunjyan said. “It was challenging producing newspapers during distance learning but it was definitely worth it.”

“When I found out we won I was ecstatic,” Layout Editor Antony Nepeyvoda said. “It’s cool to see my work receive recognition.”

The Mirror was also featured on LAUSD’s Instagram for its recognition.