A message to LAUSD

LAUSD is slow in moving forward with sports in light of covid-19. 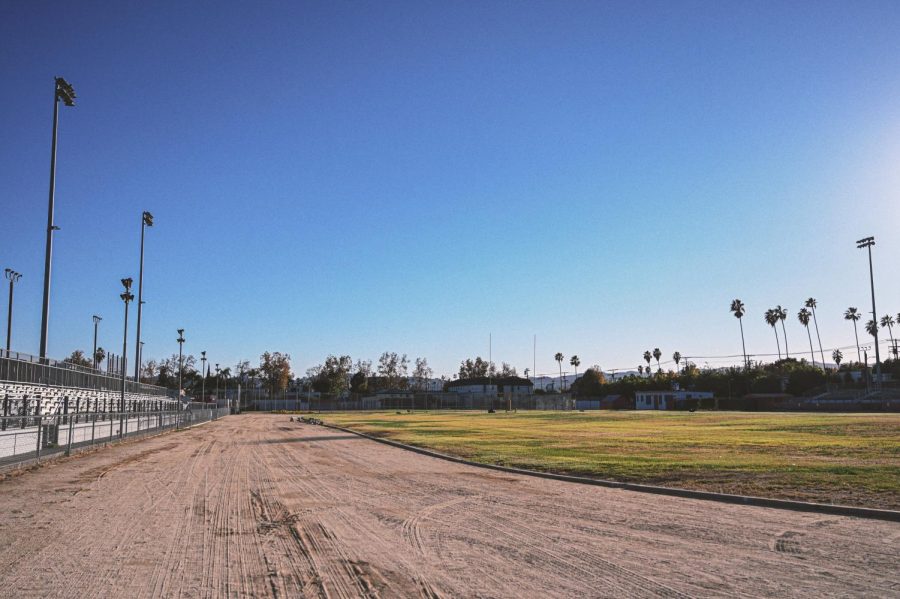 Nearly a year ago, LAUSD shut down it’s doors for students.

With seemingly no clear plan for what the next month, or what the rest of the semester will look like for athletes, LAUSD has spent the last 12 months giving status quo answers for those who ask about the return of sports.

With no plan in sight,LAUSD student athletes are at a distinct disadvantage. Seniors who are seeking athletic scholarships now have to find other routes to go to college while underclassmen struggle to stay fit and motivated for future competitions.

The state’s governing body for student sports, California Interscholastic Federation (CIF), has released guidelines for youth sports and so has the Los Angeles Department of Public Health. Meanwhile LAUSD has not released a plan for when athletic activities can resume.

Why doesn’t LAUSD release a plan for when athletic activities can safely resume?

In the first few months of the 2020-21 school year LAUSD was on the leading edge of school districts in California in addressing the pandemic. Covid-19 testing centers popped up on campuses around the district. In November LAUSD even approved letting students practice on campus. With the covid-19 surge and the stay at home order during December LAUSD once again stayed on top of the changing times and called for a closure of schools again.

Now in February, a month after the stay at home order was lifted, LAUSD has lagged behind other districts, charter schools, and private schools.

When I’ve tried to contact athletic directors from schools across LAUSD I have been met with no answer. This frustration isn’t just one of a student athlete. They are not just ignoring a student who does not attend their school but LAUSD staff are ignoring professional journalists as well.

Los Angeles Times prep sports columnist Eric Sondheimer wrote in his Feb. 17 article “There is no indication the Board of Education, Superintendent Austin Beutner or the teachers union is paying any attention to the woes of high school students who want to participate in athletics.”

His article struck a chord with me as he shared the same issues and opinion that my peers and I have. LAUSD is being irresponsible with our futures as athletes.

The headline of his column “It’s time for sports parents to leave LAUSD in droves” is shocking but it needs to be. I contacted Sondheimer and sat down to speak with him about what he meant and the purpose of his article.

Not just a small-time journalist, Sondheimer has been covering prep sports for forty years. Starting from his graduation from poly high school in 1976, to his 16 years working with the Daily News starting in 1981, and his now 24 years with the Los Angeles Times, Sondheimer is the expert on Southern Californian high school athletics.

Sondheimer has a warning for the parents of LAUSD student athletes, “If you value your student’s high school sports experience you should consider your options and get out now.” It is a difficult decision to make requiring paperwork, moving, or a definite no sports this year from LAUSD.

He details the examples that LAUSD can follow to at least form some kind of tentative plan based on the examples of neighboring districts and schools.

“Let me be clear, I have been very patient for 11 months waiting for a way forward and just as it appears that the state is going to provide some updates on youth sports guidance,LAUSD has done nothing to indicate that it will be moving forward,” Sondheimer said.

“So as an act of trying to gain people’s attention of what’s happening, I decided to publish that article to try and alert people to the possibility that there probably won’t be any sports taking place, and they should consider their options,” he continued

His bleak message was not one he arrived at hastily. He spent months experiencing what we all have, being frustrated each week with nothing but empty answers. When speaking with the Athletics Coordinator of LAUSD, Trent Cornelius, the answer becomes even more clear. They are saying no answer because there is nothing for them to say, they are clueless.

One of the coaches at my school gave insight into the inner workings of LAUSD. It seems that LAUSD is more worried about who will sue them rather than how they can better the lives of their students in these difficult times.

“It’s so big and there’s so many different components. It’s so complicated, that they’re focusing on other things,” Sondheimer explains. “You know, it’s very simple to me. People should be allowed to work out on the campuses if they are outside.”

The situation is very simple, with covid-19 being the prime factor changing our lives over the past year many examples and safety plans have been created. LAUSD could follow the examples of other states, practice with social distancing. If students get sick, close sports for two weeks the continue again.

Along with LAUSD, there are other districts like Montebello and Las Vegas that are not doing anything. They’ve said they’re not returning to sports until they return to the classroom. It’s not unique, I understand that,” Sondheimer warns. “But, it’s gonna look pretty interesting when neighboring districts and schools are playing while the students who go to schools in LAUSD are not, that’s going to be hard for LAUSD students to take.”

If LAUSD continues on the path they’re going we can expect to see LAUSD sports fall out of the running for a while. With students, specifically freshman losing interest and motivation in all areas of schooling, catching up will be a slow process.