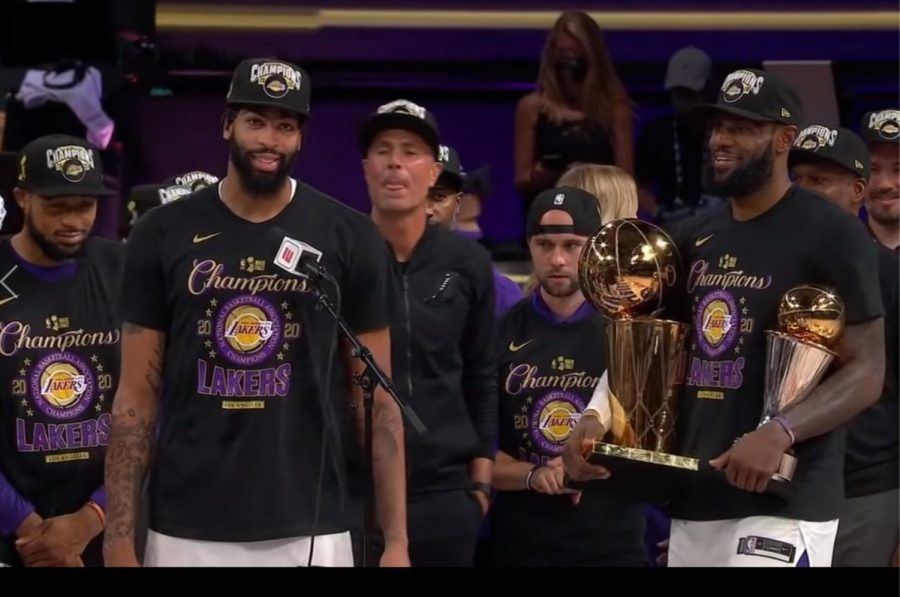 The 2020 NBA offseason has been going well for the Los Angeles Lakers.

On Dec. 2, LeBron James agreed to a two-year contract extension with the Lakers. The very next day, Anthony Davis signed a five-year supermax contract to stay in Los Angeles.

The contract extension for LeBron James and the re-signing of Anthony Davis is very important to the Lakers franchise. These players will boost the team’s chances of winning more championships in order to create the next NBA Dynasty (a team with at least two to three championships). The Lakers are familiar with super teams, but their last dynasty, led by Kobe Bryant, was over a decade ago.

For this upcoming season, the future of the Lakers is looking bright. The odds of the Lakers winning the NBA championship this season are super high. With the Lakers having a great offseason, it’ll be super exciting to see them play this season.

LeBron James, in the last season, averaged 25.3 Points per game, 10.2 Assists per game, and 7.8 Rebounds per game in 67 games played. James went on to finish second in the Kia MVP of the Year Award in his second season with the Lakers. Anthony Davis averaged 26.1 PPG, 3.2 APG, and 9.3 RPG in his first year with the Lakers. Davis went on to finish second in the NBA Defensive Player of the Year Award behind Giannis Antetokounmpo.

After winning the Finals last season, it was expected that Davis would re-sign with the Lakers. In the 2020 season, Anthony Davis declined a 21 million dollar player option with the team to pursue a supermax contract.

In this offseason, the Lakers added new players that include Dennis Schroder, Marc Gasol, Montrezl Harrell, and Wesley Matthews to play with James and Davis. The Lakers also re-signed players  Kentavious-Caldwell Pope and Markieff Morris to help both superstars on the court.

The main goal for James and Davis is to get another championship for Los Angeles.