Hollywood’s disproportionate representation of the lesbian community has only continued to harm us. 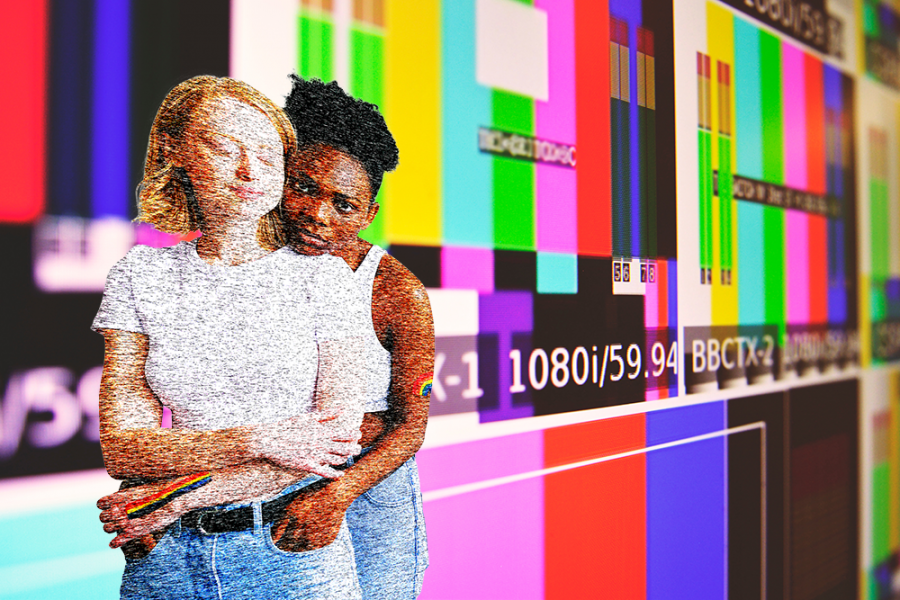 NOT REPRESENTING Female same-sex couples and relationships aren't as prominently featured in movies and on TV as they could be.

Proper LGBT+ representation is difficult to come across in the entertainment industry.

When a gay character is featured on television they’re typically a skinny or muscular cisgender White gay man. Their sexuality is often represented interchangeably as their personality, giving little no identity to the character aside from being gay.

Doing so incorrectly creates the stereotypical image for a gay person. The media has made it so that when the public thinks of a gay character their first thought is a cisgender White man with what society believes are feminine mannerisms.

There are very little diversity and representation of the LGBTQ+ community.

Growing up I never saw lesbians in films or on television. And the one I knew in real life was nothing like the ones on the screen.

I’ve grown older and have come to terms with who I am and how the world sees me but I’ve learned that the only representation lesbians get is in very short moments where all we seem to do is talk about how much we hate men and how masculine we are. There has yet to be a popular successful show in which lesbians are shown as multifaceted people with niche interests.

This topic came up as my friends and I were talking about our experiences with straight people who don’t know how to act around gay people and usually treat us as accessories. We moved on to the topic of whether we’ve seen a character on screen that resonates with us on all levels of life.

We came up with no characters. Not a single one.

I then tweeted a poll to my Twitter followers where most of them identify themselves as a part of the LGBT+ community. I asked lesbians if they’ve felt accurately represented in the media and just as I’d expected 90 percent of the 40 voters said no.

There’s this beauty standard that Hollywood has created around lesbian characters. The problem is this standard creates stereotypes that hardly resonate with us in reality.

Most of the lesbian representation is being broadcast incorrectly. We often see the lesbian community being played by straight actors and actresses. And to add insult to injury they are always conventionally pretty, skinny, mostly blonde, white women.

The reality is we don’t all fit into this one box.

Frequent feedback on my Twitter poll showed that lesbians couldn’t relate to characters on television because many of us are excluded. The entertainment industry turns a blind eye to the historical diversity of lesbians. We have always existed beyond what society has shown and we’ve never been able to confine our identities into a box.

In my own friend group, we discuss the identities that are excluded and overlooked by the media. Non-binary, plus size, and Black lesbians are hardly represented. Even the groundbreaking show The L Word whose majority of the case is white which again leaves lesbians of color on the sidelines, making them feel as if their stories aren’t important enough to tell.

Disproportionate representation of lesbian identities can also be blamed on the stereotypes made by the media around gay relationships.

Relationships portrayed on screen are almost always between a masculine and feminine couple which incorrectly sets this dynamic as the norm for all relationships. It alludes to the idea that gay relationships must have this masculine-feminine dynamic to be valid or accepted in a straight person’s eyes.

Our relationships are always made to fit heteronormative roles. We are tweaked in order to make straight audiences comfortable and the characters are usually killed off as the show progresses.

Lesbians on screen are made to cater to a male audience which often leaves us with very limited positive representation. Straight people don’t realize how important representation is because they see themselves everywhere.

Lesbians don’t have that.