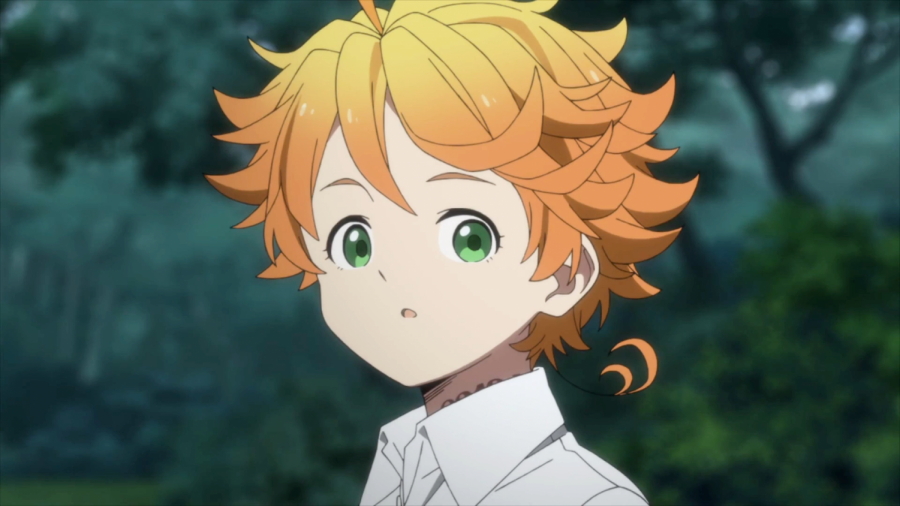 I recently watched “The Promised Neverland” Japanese animation because of my friend’s recommendation. I don’t usually go for dark fantasies and thrillers but I was pleasantly surprised.

The story starts with a first normal-looking orphanage, with three of the main characters: Emma, Norman, and Ray.
They seem to be having a happy childhood with many other kids and their so-called mother. I knew this could not be rainbows and butterflies and I was waiting for the catch when it finally happened.
One day, when one of the kids supposedly was getting adopted and forgot her stuffed animal, two of the main protagonists, Emma and Norman rush to the car to give it to her and what they see is absolutely terrifying.
Keep in mind that there are going to be spoilers.

They find the little girl’s dead body in the car which completely horrified them and when they heard footsteps, Emma and Norman quickly hid under the car. Shortly they find out that the orphanage is actually a farm for the “mother” to raise healthy kids to feed demons that live with humans on earth.
Betrayed, after discovering the truth, they focus on coming up with the plan to escape, before they get sent out.
Overall the story was great and it progressed every episode so I was not bored. There were many plot twists actually and the ending was satisfying that foreshadowed the upcoming season two. I liked the story so much I got impatient to wait until next season so I read the whole manga series. My favorite character from the series would be Isabella, the mother and I would rate the anime 9.7/10.