Fall Guys rises to the top of Summer 2020 games. 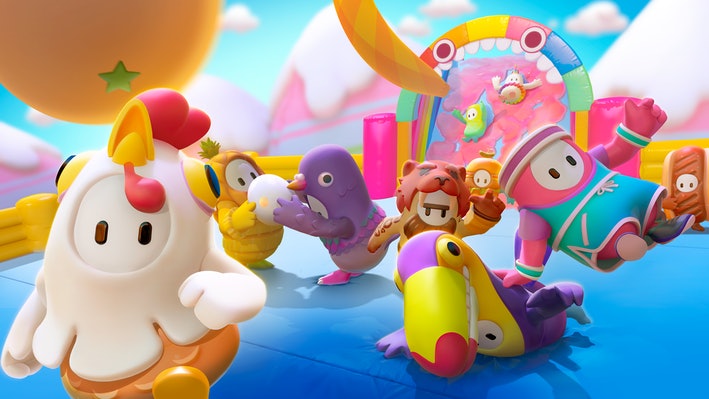 Within the past three years, the surge of battle royale genre games has been at the forefront of mainstream gaming. Ranging from PUBG to Fortnite, to Apex Legends and Call of Duty Warzone, battle royale titles have the common gameplay of surviving to be the last player standing in an online multiplayer server game where dozens to hundreds of opponents are playing. Popular battle royal games have been First Person Shooters (FPS) games where the player has weapons in the game.

Unlike other typical games falling in the genre of battle royale, Fall Guys: Ultimate Knockout is not an FPS. The game plays more like a platformer with 25 different minigames. Every match has up to five rounds, each round reducing the number of players until the final round determines the winning player. Most of the maps play like obstacle courses, others involve collecting eggs, jumping through hoops, and soccer.

Apart from game design, the art design of the game is very distinct. Instead of human characters with pickaxes or machine guns, this game gives you the liberty of playing as a walking jellybean with costumes. Players get to navigate fun maps full of a vibrant splash of colors, all of which mix well with an upbeat soundtrack.

Fall Guys: Ultimate Knockout is the newest game from Mediatronic, a video game developer, that has exploded with popularity since its release in August 2020. Toward the end of its first month of release, it sold 7 million copies and has become the most downloaded Playstation Plus game (PS Plus games are typically free to PS Plus subscribers for a limited time).

While the market of the relatively new battle royale genre is as competitive as ever, only time will tell the lasting popularity of Fall Guys. However, it is undeniably a breath of fresh air for games of its kind. Fall Guys is currently available on the Playstation 4 and PC for $20.

¨Fall Guys is one of the most amusing games I have played in a while. It’s very simple and accessible to any player but it’s still engaging and rewarding. My favorite thing about the game is the ragdoll physics which always makes it fun to watch,¨ said senior Geoffrey Anselmo.

Many people would even proclaim it as the biggest game of the summer or even one of the most entertaining games to come out during quarantine. It’s definitely worth checking out especially if you’re looking for a game to play with friends.