Starting the Season Off 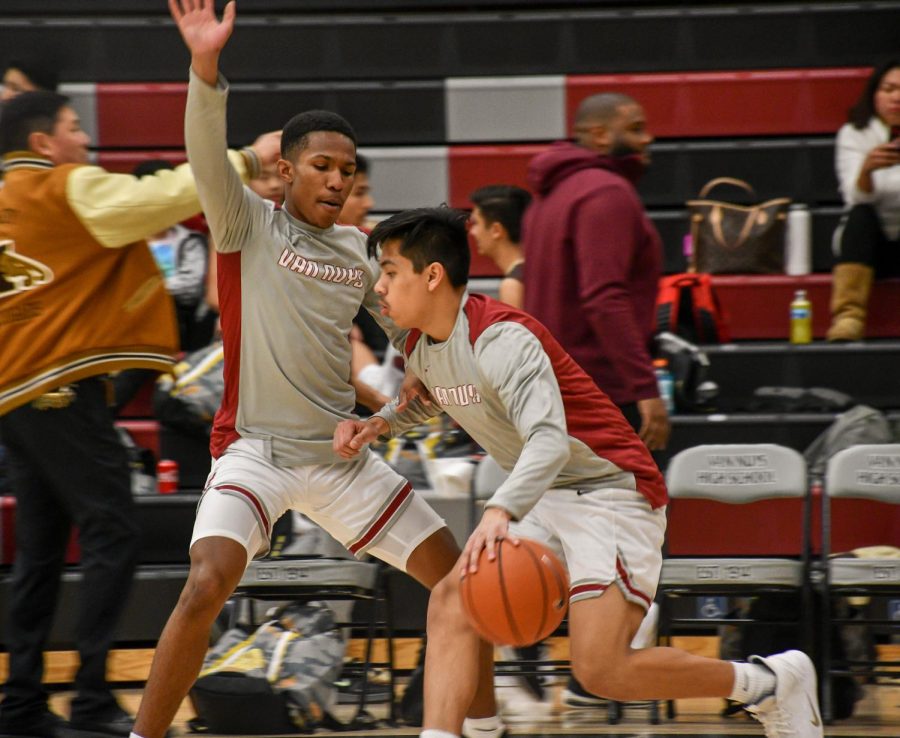 Jesse Molina (R) and Jesse Davis (L) warming up before their match up.

The boys basketball team went up against San Fernando High School to officially start their season.

It was a very intense and close game but in the end San Fernando took home the win. The boys played their heart out but ended up losing by one point, 50-49. This Friday they hope to get their first win of the season against Kennedy High School.

The game will take place inside the big gym at 7:00 pm.