A New King in the East

Kawhi Leonard has lead the Toronto Raptors to their first ever NBA Finals. 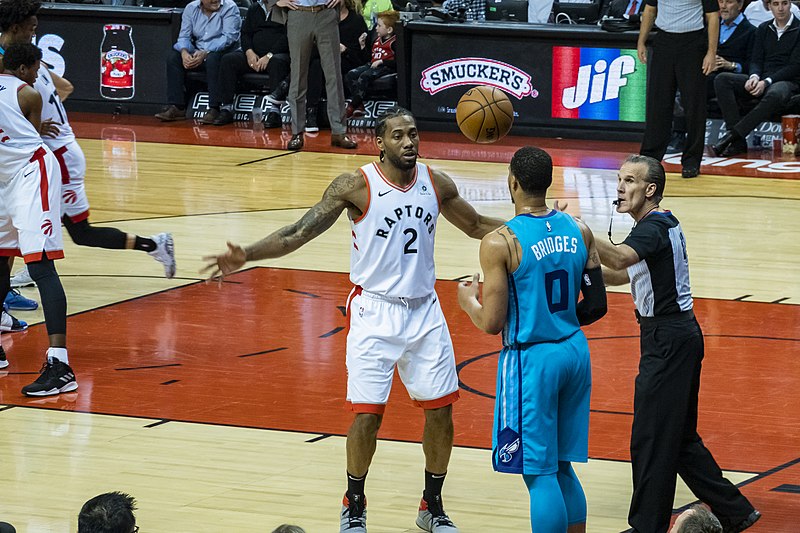 The Toronto Raptors have officially made it to the NBA Finals for the first time since being an established franchise in 1995, beating the Milwaukee Bucks on May 25.

Superstar Kawhi Leonard led the way with 27 points, 17 rebounds and 7 assists. Kawhi has been deemed by many as the best player in the playoffs after his great performances. He averaged a whopping 29.8 ppg and 9.5 rpg in the ECF. He joins LeBron James as the only two players to have those averages in the ECF since 1963.

The Milwaukee Bucks had a great season. They finished with the best record in the league, 60-22, and were the clear favorite in this series. On top of that they have one of this years top MVP candidates, Giannis Antetokounmpo. The Bucks were up 2-0 to start the series off, but losing the series was not in Kawhi’s and the Raptors plans.

The Raptors dominated the rest of the series winning four straight and shocking many sports fans and analysts.

The first game of the NBA Finals now takes place in Toronto on May 30. With the odds against them once again the Raptors hope to pull off one of the greatest upsets in NBA history in defeating the Golden State Warriors, a team that has made the finals since 2015. The Warriors hope to get their 4th NBA championship in the span of 5 years.