Please, No Kissing In Public.

Stop Kissing In Public. Yours Truly, A Person Who’s Disgusted. 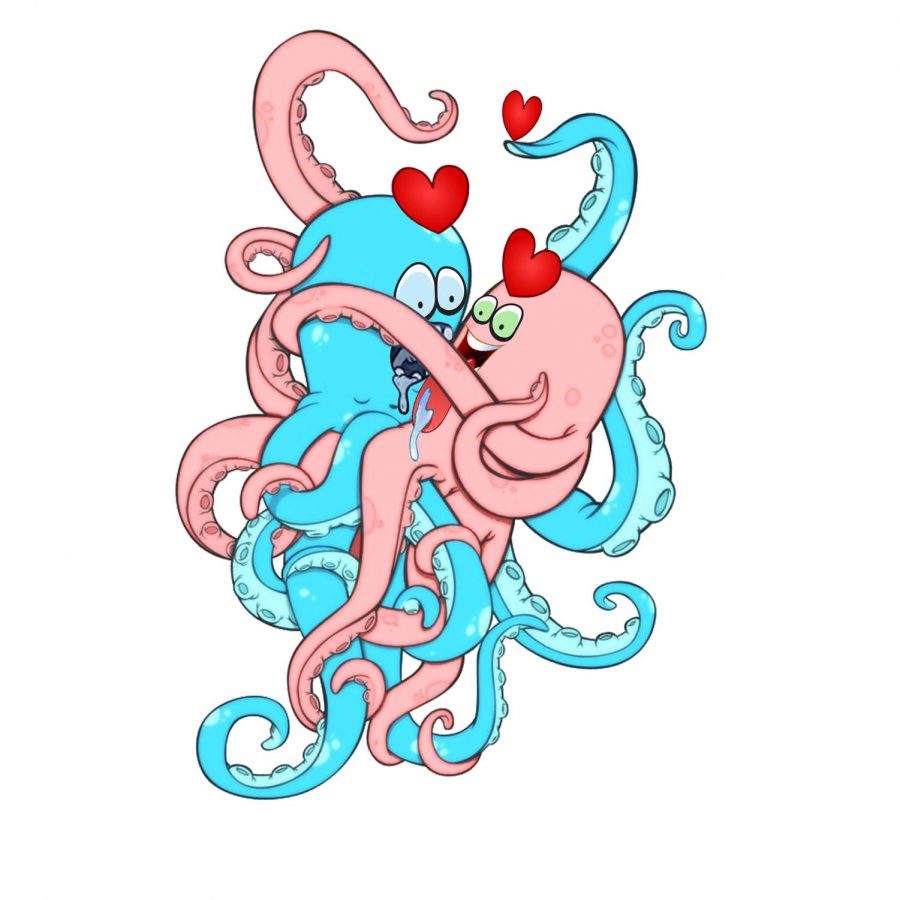 Two octopuses embracing each other affectionately.

Stop making out in the hallways. Stop kissing in class. Stop holding hands.

Nobody wants to see that.

Throughout school, couples furiously slosh their saliva together in the name of romance. It’s disgusting.

Many romantic couples—who will not even be together in a few months—find themselves so attached to one another that they cannot go seven hours without a fiery session of affection.

This is either because they are so proud to be in a relationship and want everyone to know it, or because of their incurable sexual thirst. Either way, the displays of affection in each stairwell and hallway displays the shallow depth of these relationships.

They are public, not private ones.

Aside from these relationship displaying shallowness, they lack decency and show little self respect. It is disgusting to see people making out and groping each other.

But these PDA moments are also evident on social media. Many couples are extremely proud of being in a relationship; their snapchat stories and instagram posts all transmit the same message: “Look everybody, I have a girlfriend/boyfriend.”

Nobody cares. Just do it in private.

Some couples try to hide out by plopping themselves down in front of the bungalows on the south side of campus during lunch and after school.

But the slobbering couples fail miserably when a student cuts through those empty bungalows, turns the corner and sees passionate kissing and bodies grinding together. Any eye contact results in even more cringing and discomfort.

More awkwardness ensues when a teacher opens their door. Do they say something or just step over them?

Nobody finds it attractive, or cute, or sexy, or romantic. Students and teachers trying to eat lunch do not want to see such unappetizing displays of public affection.

If you can close your eyes and imagine that I’m describing you and your partner, you are disrespectful and inconsiderate.