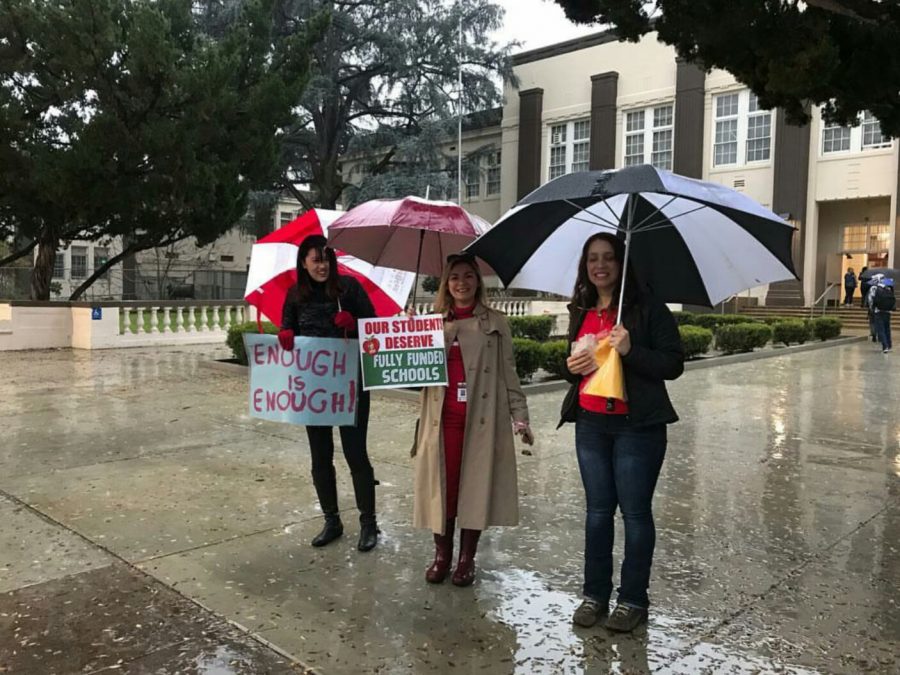 Van Nuys' teachers picket in front of the school the first day of the strike, January 14.

More than a week since UTLA members first left their classrooms, the district and union have finally settled, pending on a vote of all UTLA members later today, Jan 22, school is set to resume tomorrow, Jan 23.

LAUSD has endured six full school days without it’s more than 30,000 teachers and other UTLA members.

Negotiations restarted between the two sides on Thurs. Jan 17, and continued for more than 80 hours including a “21 hour marathon session” that ended early this morning.

No details have been given when it comes to key issues such as the creation of magnet schools, student counselor ratios and class size.